In an era where there is a lot of complaining about “toxic masculinity” (a bogus term as far as I’m concerned) Hollywood has unilaterally decided that men in today’s films need to be “feminized” or cerebrally castrated to satisfy the “wussification factor” spreading throughout America.

What do I mean by the “wussification factor?” Simple. The apparent strategy in our K-12 schools is to turn little boys and adolescent young men into namby-pamby, effeminate geeks.

Boys are too often discouraged and berated by teachers for being “too assertive,” for “rough-housing,” for good-naturedly cuffing one another, and even arm-wrestling—in short, for behaving like boys have always behaved the world over from time immemorial.

These “wussified” boys then grow up confused about their gender, masculinity, and role in a feminized society where girls and women are given special and preferential treatment regarding college admissions and hiring in the workplace.

You only have to examine the kind of trash Hollywood is turning out these days to see how this has manifested itself in our nation.

In film after film, men the size of Dwayne “The Rock” Johnson, Tom Hardy, and Channing Tatum somehow are beaten senseless by 110-pound women.

Those who aren’t muscle-bound cower when faced with danger and kowtow to those in power. Two notable exceptions are the recent films “The Northman” and “Top Gun: Maverick,” both of which allow men to behave like men and not some wussified version of masculinity. In both cases, these films are setting box office records. Perhaps that says something about what audiences want to see today.

Then there is television, cable, and a plethora of content providers such as Netflix, Amazon, Hulu, Apple-plus, HBO-Max, etc. In one movie or series after another, storylines are too often about fatherless families headed by a single, usually divorced mother. When men ARE portrayed, they are either undependable, disloyal psychopaths or blundering, inept dopes incapable of performing the most basic household chores.

There seems to be no middle ground where fathers are portrayed in a positive light. What is the message these productions send? Fathers are not necessary as the nuclear family of the past is shattered and annihilated in America’s new secular and profane society.

The Military Under Attack by Wokeness

But what is happening in our military today is more alarming than Hollywood and the entertainment media’s assiduous emasculation of men and fathers. All branches of our military are being “dumbed down” vis-à-vis physical and mental requirements to accommodate women, physically defective men, and a growing transgender element.

As a result, unit and task cohesion, combat effectiveness, and the bonding of soldiers that is necessary for a productive fighting force are being compromised. Should the military be a laboratory for conducting societal and gender experimentation? I don’t think so.

The military has one purpose: to fight and win wars when and wherever needed. At least, that was the mission during my four years of active duty in the U.S. Army.

How many of you recall the 1978 Willie Nelson and Waylon Jennings song, “Mamas Don’t Let Your Babies Grow up to be Cowboys?”

“Mamas, don’t let your babies grow up to be cowboys.

Let ’em be doctors and lawyers and such.

Mamas don’t let your babies grow up to be cowboys.

Even with someone they love.”

Today, at least in the minds of many, the title of that song should be rewritten to: “Mamas, Don’t let your Cowboys Grow up to be Babies.”

For some reason, predominantly white men are considered an “existential threat” if they are determined, overtly masculine, decisive, resolute outdoor types who hunt, fish, drive pick-up trucks, enjoy contact sports like football, boxing, MMF, hockey, and generally behave as most men have always behaved on this planet—like men.

But not in 2022 America. Here they are called “domestic terrorists” and worse.

Hollywood deems those hearty souls “brutes” and “beasts” who require some form of “comeuppance.” Intriguingly, it seems okay for Hispanic or black men to be masculine, but not white men. Why is that? Is it because we are being fed the ubiquitous and pervasive B.S. about “white supremacy” running rampant in our country? 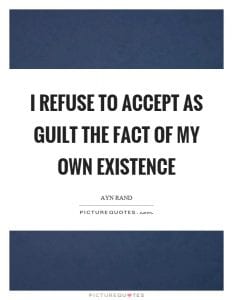 Possibly, but I confess, I don’t have the answer. However, Hollywood thinks it does—especially when it comes to portraying elements of manhood in films.

But, hey, this is just me prattling on. I wonder what others think?

Here’s one individual who has examined and studied all of this through the lens of Hollywood and has arrived at some interesting conclusions. Educator and writer Jeff Minick insists America is turning into a nation of male “snowflakes.”

“Recently, I heard a woman in the coffee shop where I sometimes write expressing her dismay and astonishment that one of her employees, a 20-year-old male, had sent his mother to work to discuss problems her son was having on the job,” Minick recently wrote.

“Not good,” he continued. “Most of us have heard of the “helicopter moms” who call professors or college administrators to protest a bad grade or disciplinary action earned by their sons. Some of these young men are old enough to buy beer, drive a car, and enlist in the Army but rely on Mommy to do their fighting for them.”

“When we treat legal adults as children, we create what C.S. Lewis called “men without chests.”

On the other hand, Minick writes that ancient and modern history reveals an army of mothers who raised their sons to enter into the fray of life.

Spartan Mothers: “Come  Back With Your Shield–or on it!”

As their sons marched off to war, Spartan mothers called out, “Come back with your shield—or on it,” meaning come back honorably alive or bravely dead.

Cornelia of Ancient Rome regarded her two boys as her jewels and reared them to be fighters and patriots.

Andrew Jackson’s widowed mother raised her son to be tough, telling him in the last words she would speak to him: 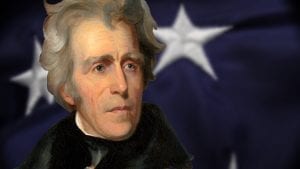 “You will have to make your own way” and “Sustain your manhood always.” Later Jackson would say of her, “She was gentle as a dove and as brave as a lioness. Her last words have been the law of my life.”

Of course, today, Andrew Jackson is vilified for his belligerent and assertive conduct, both as a general and as our seventh president. Never mind that “Old Hickory” defeated the British at the Battle of New Orleans in 1815 and survived an assassination attempt in 1835, beating senseless his would-be assassin with his walking cane.

Today, the snowflakes who comprise most of our news media would condemn such a display of toxic masculinity.

But when I look at President Biden, stumbling his way up a ramp to Air Force One and bumbling his way through a light sprinkling of fluffy questions from deferential and sycophantic reporters that behave more like caregivers in a nursing home than the watchdogs of government, they are supposed to be; I am more convinced than ever that America is in serious decline.

When our President must be protected from groveling and inept mainstream media reporters, I wonder if we will ever see another president with a spine like Andrew Jackson, Teddy Roosevelt, or Ulysses S. Grant.

Then, I think it is time for a woman President of the United States. Because I’m not sure if any men are left in this country who are as tough, independent, and gristly as some of the women I know.

And I know damn well they won’t be accused of displaying “toxic femininity.”

1 thought on “Is America a Nation of “Wussified” Men?”