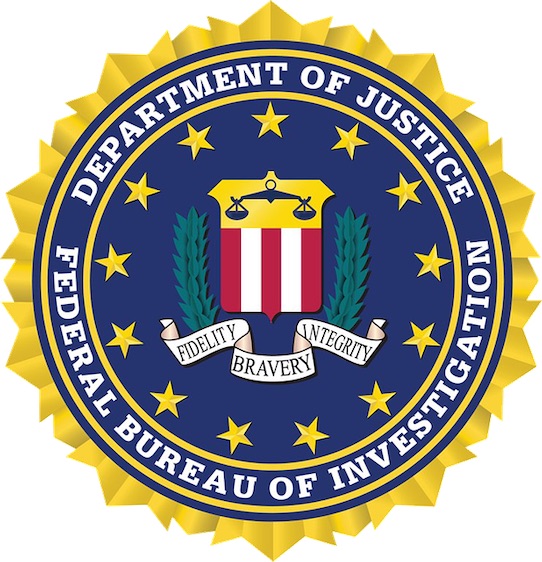 This is part 3 of the series. Part 2 is here. Fire Christopher Wray! He is a bureaucratic liar and should be removed as Director of the FBI. Wray was appointed Director of the FBI by former President Donald Trump in 2017. His two predecessors were Robert Mueller (2001-2013) who began the politicizing of the FBI, and James Comey (2013-2017) who, along with Andrew McCabe, Peter Strzok, Lisa Page, Bill Priestap, Kevin Clinesmith, and others, corrupted the Bureau and destroyed its’ reputation. Christopher Wray has continued what Mueller and Comey started – the destruction of the FBI’s reputation as an apolitical federal law enforcement agency.

* On October 8, 2020, the Detroit FBI announced the arrest of 13 men suspected of plotting to kidnap Michigan Governor, Gretchen Whitmer. The case was a bonanza for Democrats – especially Governor Whitmer who was criticized for her severe Covid pandemic measures, including restrictions on travel and assembly. Whitmer falsely blamed President Trump for encouraging the would-be kidnappers.

At the time, the FBI action was hailed as a shining example of their investigative abilities and the Special Agent in Charge of the Detroit Division, Steven D’Antuono, was quickly promoted to Assistant Director in Charge of the Washington Field Office. However, after the 2020 election, the case began to unravel when it was revealed that numerous FBI undercover agents and informants were involved in promoting and facilitating the plot. The case agent, Richard Trask was fired by the FBI after he was arrested for assaulting his wife upon their return home from a drunken “swinger’s party.” Two other agents, Jaysen Chambers and Henrik Impola, had to be removed from the government’s witness list due to improper activities – Chambers had established his own consulting company and was seeking to profit from his involvement in the case, and Impola was accused of committing perjury in an unrelated case. On April 8, 2022, two of the four defendants federally charged were acquitted by the jury and a mistrial was declared for the other two defendants.

* On the evening of January 5, 2021, the day before a scheduled Trump Rally on the Ellipse and an anticipated demonstration at the Capitol, an unknown person allegedly placed two pipe bombs near the RNC and the DNC Headquarters on Capitol Hill. The so-called bombs were discovered the following day and may have been placed as a diversion to draw Capitol police away from the Capitol. (I wrote about that incident in more detail here.) The FBI launched an investigation to identify the would-be bomber. A montage of surveillance videos was created showing the movements of a person of interest. Although the subject was observed in one of the video snippets using what appears to be a smart phone, the identity of this person supposedly remains unknown while, at the same time, numerous persons who attended the rally from all over the nation were identified, contacted at their residences, and shown pictures of the suspect, supposedly in an effort to identify this person. Yet, Wray’s FBI apparently cannot, or will not, identify the suspect who may have been an FBI agent or informant used to further denigrate Trump supporters and create a ruse for contacting and intimidating Trump supporters who attended the rally on January 6th.

Coincidentally, the former SAC of the Detroit FBI during the bogus Whitmer kidnapping plot, Steven D’Antuono, was also in charge of the Washington Field Office during the months prior to January 5th leading up to the Capitol Hill protests on the 6th. And, the identity of the would-be bomber remains unknown (to the public, anyway).

What is known, however, is that FBI agents and informants were present during the Capitol protest.

Questions remain as to how many agents and informants were involved in the orchestration of the January 6, 2021 protest, which degenerated into rioting by some unruly protesters.

During testimony, under oath, before a Senate subcommittee, FBI Executive Assistant Director of the National Security Branch, Jill Sanborn, declined to answer questions by Sen. Ted Cruz as to how many FBI Agents or informants participated in the January 6th event and riot on Capitol Hill by stating she could not disclose “specifics or sources and methods.”

The FBI put together photos of unknown persons who were encouraging protesters to enter the Capitol. The photo of one “unknown” person, seen actively encouraging protesters, was depicted on the FBI website’s “wanted list,” requesting the public’s help to identify this person. But, oops, after he was identified by internet sleuths as Ray Epps from Phoenix, Arizona, Wray’s FBI suddenly removed his photo from their website and have shown no further interest in him.

Another person, identified as Ryan Kelley, who allegedly encouraged protesters at the January 6th protest but who never entered the Capitol, was not so fortunate. He was arrested at his Michigan residence on misdemeanors charges. He also happened to be a Republican primary candidate for governor of Michigan at the time…but surely that had nothing to do with the decision to arrest him.

Unnecessary Use of Force and Political Arrests:

* During the pre-dawn hours of November 6, 2021, FBI agents executed a search warrant at the apartment of Project Veritas founder, James O’Keefe. According to O’Keefe, unidentified “tipsters” approached his organization in 2020 claiming they found a diary supposedly belonging to Joe Biden’s daughter, 40-year old Ashley Biden, that contained “explosive allegations” about Biden. O’Keefe said he could not verify the diary’s origin, chose not to publish its’ contents, and turned the diary over to law enforcement authorities.

In her diary, Ashley Biden described how, when she was a young girl, her father insisted on taking showers with her, a practice she claims caused her to be “hyper-sexualized” and led to her depression and substance abuse. Ashley inadvertently left the diary behind when she checked out of a half-way house and it was subsequently found under the bed by the next occupant, who tried to profit from it.

Since becoming President, the Bidens claim the diary was stolen and requested the DOJ to investigate. Law school professor, Jonathan Turley has asked, “Even if the said diary belonged to the adult daughter of a presidential candidate, what federal statute gives the FBI jurisdiction to raid Project Veritas and James O’Keefe’s home over it?” The “finder” of the diary described how she came into possession of it, but in order to obtain a search warrant an affidavit would have to claim it was “stolen.” We already know from Kevin Clinesmith that today’s FBI is not above lying on an affidavit for a FISA warrant or a search warrant. It’s not known how many other misplaced diaries have been investigated by the FBI or what federal statute is involved.

* On June 3, 2022, while waiting to catch a plane to Nashville, Tennessee for a speaking engagement, former Trump adviser, Peter Navarro, was arrested at Washington DC’s Reagan National Airport. He was charged with Contempt of Congress for refusing to appear and testify before a partisan January 6th Committee. Navarro had previously been in contact with the FBI and claimed he was precluded from testifying about any conversations he may have had with President Trump due to Executive Privilege, which is not his to waive. The FBI knew the identity of Navarro’s attorney. But, rather than seeking to litigate the Executive Privilege conundrum or arrange for a self-surrender, Wray’s FBI chose to make a public spectacle of Navarro, treating him as an armed and dangerous terrorist, in plain view of public travelers.

* During 2021, when parents of young school children learned that their kids were being taught Critical Race Theory and transgender-ism in class, they began showing up at local school board meetings to protest the curriculum. Feeling “the heat” from outraged parents, the National School Boards Association sent a letter to the DOJ requesting the federal government get involved, comparing protesting parents to “domestic terrorists.”

Attorney General Merrick Garland sent a memo directing the FBI to investigate alleged threats. It should be noted that Merrick Garland’s son-in-law is co-founder of an education company that sells CRT indoctrination resource material to school districts.

This would have been an excellent opportunity for Director Wray to make clear that any actual threats of violence toward any school board member would be a local violation that could and should be addressed by local law enforcement authorities. But, instead, as revealed by FBI whistleblowers, Wray’s FBI began targeting protesting parents as domestic terrorists and quietly doubled down by tracking them in a computer program designed for tracking actual terrorists.

The US is under attack by communists posing as Democrats. Institutions which previous deserved and received the respect of the American people have been transformed, fundamentally changed as Barrack Obama would say, into agencies working to strip US citizens of their basic rights and freedoms. Terry Turchie, former Deputy Assistant Director of the Counterterrorism Division of the FBI, and co-author of a book, “In Their Own Words”, has written an article that summarizes what has happened to the FBI over the past 20 years. You can and should read it here.

These and many other politically motivated abuses by Christopher Wray’s FBI demonstrate why the FBI will continue to degenerate and will never regain credibility with the American people as long as Wray remains in charge at the FBI. He should be fired.