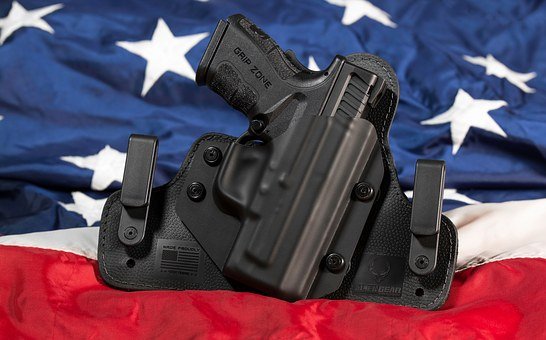 Infringe–to encroach upon in a way that violates law or the rights of another. – Merriam-Webster Dictionary

“…the right of the people to keep and bear Arms shall not be infringed.”

As the nub of this Amendment, this clause could not be any clearer in its statement of intent, even in today’s American English. Those who have disobeyed or otherwise fought for the repeal of the whole of this supreme mandate like to use the previous clause to obfuscate the law by citing its relative awkwardness in justifying the need to explicate this right. They especially, and conveniently (as with all such in this “Bill of Rights”) ignore that this is yet another explicit prohibition on government, though somewhat couched in linguistic passivity.

As I had mentioned in my article on the previous clause regarding the necessity of militia, there can be no doubt of the importance of this restriction on government to the balance of power between the fallen humans in the general population and those in the public sector. They knew, again from religious and political history, as well as personal experience with their former monarch, that no Man, save Jesus Christ, is, or ever has been, exempted from the sin of Adam and Eve, nor immune from the temptation to abuse any power granted to them by others, or to wantonly and unceasingly crave ever more of it once in possession. They also knew that no civil law or social compact composed of human language could ever be so constituted as to be perpetually binding or above misinterpretation or gradual redefinition.

As plain a phrase as “shall not be infringed” would seem to be to anyone with a general knowledge of our language, that even it is subject to linguistic contortion (and sublime revocation) to suit petty political and/or propagandistic agendas there can be no doubt. And what does it actually mean to “bear Arms?” Here, bear clearly means to carry (something) on one’s person from one place to another; Arms, according to Merriam-Webster: a means (such as a weapon) of offense or defense. Now, we commonly substitute firearms (and M-W further acknowledges in a caveat to their definition above) as being the form of “offense or defense” to which this amendment specifically refers; however, Arms is not definitively limited to these. This is important to note, because what was truly intended by the Founders here was a general right to self-defense, with absolutely no interference from government. “Guns” is a highly-politicized word, which makes such arms a convenient target for those who thrive on bloviating, but nothing was to be impinged which could be used to defend oneself from the attack of another, regardless of situation or form.

Lest I be misunderstood, this is by no means a call for anarchy: the general population is just as fallen as the government. But—at least in the United States—we are supposed to be innocent until proven guilty as regards execution of criminal law and punishment vis-à-vis revocation of rights as free citizens, and this amendment unequivocally mandates that the national government was to have no role in such domestic legislation or adjudication.

All of this said, if we ever truly lose this right in the United States, the fault will be ours—We the People. We bear the responsibility to both elect suitable representatives of our God-given rights to life, liberty and pursuit of happiness, and to hold those people accountable to do so in the manner prescribed within our Supreme law, namely, our Constitution—and not just at election time.