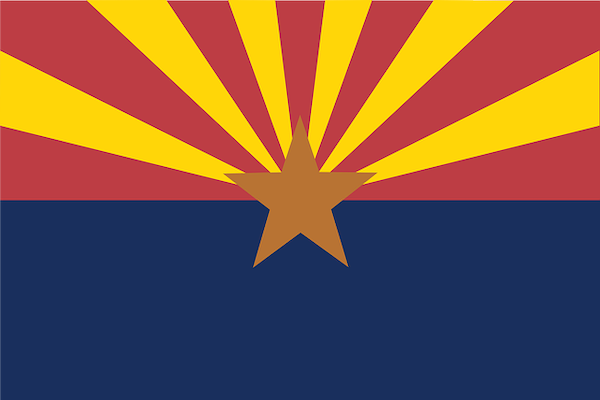 The election that took place in Arizona on November 8, 2022 is not certifiable.
It was not incompetence.
It was blatant corruption to sustain political tyranny by the Globalist Uniparty, an unholy alliance of the Democrat Party, the Republican establishment and the globalists who finance both of them.
As of this writing, at least 3 of Arizona’s 15 counties have delayed certifying the 2022 election.
There were printer/tabulator failures in 62.61% of the vote centers on election day, resulting in long lines at a majority of all vote centers, which led to de facto substantial voter suppression.
A new Arizona election must be scheduled before the end of the year, one in which only paper ballots and verified voters, voting in person, are allowed.
Not doing so will represent a “green light” to permanently embed fraud into the electoral system and perpetuate the tyranny imposed on the American people by the Globalist Uniparty now controlling the U.S. government.
In concert with their Washington D.C. allies, the Globalist Uniparty in Arizona is trying to hijack the election from the people.
Despite controlling the state legislature and occupying the offices of Governor and Attorney General, the Arizona Republican Party did nothing to prevent the current situation.
In fact, they appear to have contributed to it.
In addition, despite an opportunity for an overwhelming majority in the U.S. Senate and House of Representatives and solidifying its role as representatives of the American Middle Class, Republicans in Washington D.C. chose Wall Street, the Chamber of Commerce and globalist donors as their constituency.
To add insult to injury, Republicans reelected the same party leaders, who, for years, consistently betrayed their voters.
Now that the blatant and outrageous lies of the Globalist Uniparty are no longer sufficient to soothe the electorate into complacency, such a government must begin to rig elections and curtail freedom in order to remain in power.
The time has come to, not just reject the Globalist Uniparty, but actively stand against it, if some semblance of a constitutional republic is to be restored.
Americans must now recognize that power rests, not with citizens, but with a relatively small group of politicians and financiers, who enhance their personal wealth and privilege by looting the country through a self-serving legislative process. They maintain their control by adjusting the levers of government and using the media to manipulate public perception and opinion.
There is now a sharp division between the bipartisan ruling class and the rest of the American people, who are considered retrograde and dysfunctional unless properly controlled by the dictates of central authority.
The attitudes and plans of the Globalist Uniparty are indistinguishable from those of the World Economic Forum and the Chinese Communist Party.
Former Attorney General Bill Barr said Donald Trump will “burn down” the Republican Party.
Republicans nationwide must get 100% behind decertifying the 2022 Arizona election and demanding a new election to be held immediately due to the corruption making the election there uncertifiable.
If the Republican Party does not get behind this effort, it deserves to be burnt to the ground and rebuilt in a form that truly represents its America First constituency.
None of the challenges facing the United States can be addressed without solving two fundamental problems (1) the federal government, as an institution, is hopelessly corrupt and (2) although we have elections, we do not have representative government.
Corruption can be solved, but without free and fair elections that task is impossible.
As Arizona goes, so goes the nation.

Lawrence Sellin, Ph.D. is retired U.S. Army Reserve Colonel and a veteran of Afghanistan and Iraq. He had a civilian career in international business and medical research. Dr. Sellin is the author of Restoring the Republic: Arguments for a Second American Revolution. His email address is lawrence.sellin@gmail.com

A previous version of this appeared at The Gateway Pundit. Reprinted here with permission.

4 thoughts on “Is the Arizona Election the Hill to Die On? Without Free and Fair Elections We Have Nothing”